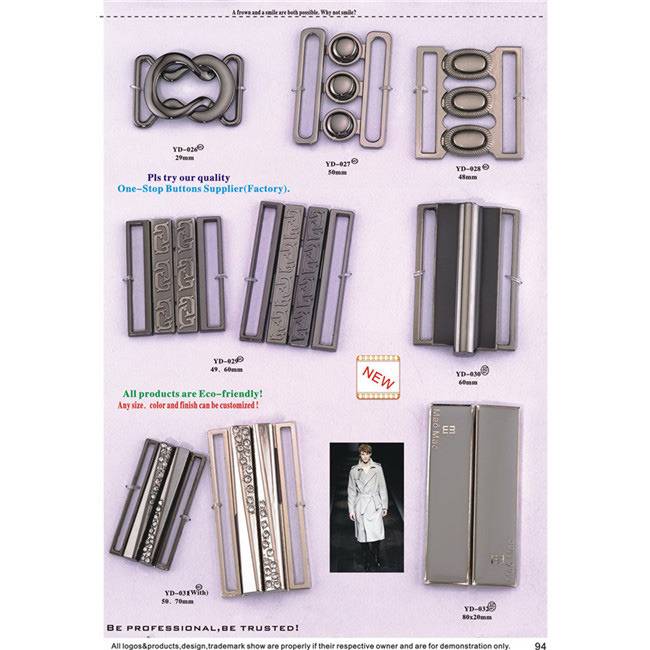 
Send email to us

1.The material is zinc alloy.
2.High quality polish and electroplating.
3.Surface protection make they wont rust and fade.
4.Safety packing make them in good condition when you get them.

Button is a kind of daily clothes that human beings often keep together. It has been used for more than 6000 years. As early as 4000 years ago, Persians, the ancestors of Iran, had made buttons out of stones. In the Zhou Dynasty, both men and women wore two pieces of clothes. There are officials in charge of making formal dress in the court. When civil and military officials do ceremonies, they must wear formal dress. At that time, the use of clothing was relatively standardized, and the clothing system was quite complete. The word “Niu” appeared in the book of rites and the book of rites, which reflected the etiquette of the Zhou Dynasty.

According to the bronze inscriptions of the Western Zhou Dynasty and archaeological discoveries in China, buttons were used in the spring and Autumn period and the Warring States period. Among the Warring States cultural relics unearthed in Shizhaishan, Jinning, Yunnan Province, there are round, oval, animal head shaped and irregular shaped buttons made of blue, apple green and light gray turquoise. Each one has one or two small holes. Some engraved patterns are unique in shape, gorgeous and colorful, with wonderful wax luster.

Write your message here and send it to us